November in Malta is all about discovering the outdoors. The weather at this time of the year is generally sunny with clouds, and some rainy periods on different occasions. With temperatures usually in the low 20s it is definitely warm enough for a walk or picnic in the Maltese country side.  Here is what you could get up to this month on the island of Malta. 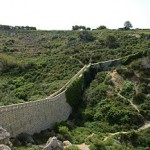 The islands of Malta date back for thousands of years, which makes walking in the country side a unique and yet historical experience. Walking or trekking in Malta could be done all along the northern-western coast as the land here is still barren and uninhabited. Places like Dingli, Rabat and Bahrija will offer the more adventurous and outdoorsy person a real insight into what Malta has to offer. This is our unique land structure, soil and rock formation, littered with historical artefacts such as old cart trucks, hundred year old fossils and even bomb fragments. 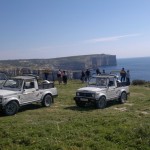 If you wish to discover the islands further you could also make use of the sightseeing busses that various bus companies offer. These hop on hop off busses give you the opportunity to stop at different intervals and discover the particular area in your own time. There are different tours which are on offer usually the northern tour, southern tour and also a Gozo tour.

One could also discover the island of Gozo by jeep safari tours or even the more adventurous quad tours, which will give you a sense of freedom driving around the small Gozitan roads and valleys. 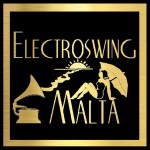 Of course in Malta, nightlife and parties are never far away. This November we have the very well-known Electro-Swing Malta producing another incredible party with the name Around the World in 80 Days. This will be held on the 7th of November.

We also have Don Ross; the legendary Canadian guitarist will be coming back to Malta for another night of acoustic guitar excellence! He will be performing at the City Theatre in Valletta also on the 7th of November.

Both music aficionados and culture vultures won’t want to miss the Malta International Organ Festival 2015. Some of the greatest organ players in the world (including the Vatican’s own Gianluca Libertucci) will be enthralling crowds across Malta this November and December.

The schedule includes 16 concerts starting with the opening concert in Valletta on the 19th of November and ending with the grand finale on the 7th December , also in Valletta. 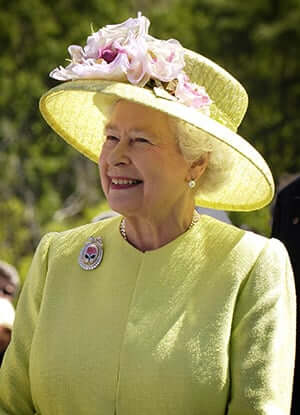 See the Queen of England
The Queen of England will be visiting Malta at the end of November for the Commonwealth Heads of Government Meeting. She and her husband, Prince Philip the Duke of Edinburgh, will be given a ceremonial welcome at St George’s Square by the President of Malta on Thursday the 26th of November.

Both visitors to Malta and locals will no doubt be out in huge numbers to welcome the iconic monarch, likely the most famous lady in the world.

You can read more about the English Royal Family’s visit to Malta here.