April is the month of change, with spring in the air it’s the time to put away your jackets and get out your t-shirts. With temperatures starting to increase Malta transforms itself into a small paradise, with flowers blooming and the warming sun on your shoulders. Here we give you some info about what to do in April and which events are upcoming in Malta
Enjoy reading!

Being a highly religious country, Easter is a big celebration here in Malta and is held from the 14th to the 20th of April. Churches are lavishly decorated and glow in the evenings. We have two famous parades taking place on Good Friday in Qormi and on Easter Sunday in Vittoriosa, which should not be missed. Many Maltese participate and re-enact Biblical scenes in traditional costumes. On Easter Sunday in particular, a happy and exuberant atmosphere covers the island. 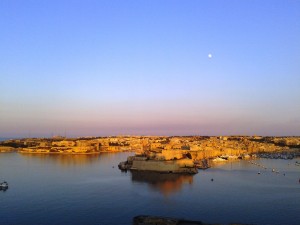 The Malta International Fireworks Festival is hosted from April the 25th/26th and 30th 2014. This is the true sign of the beginning of summer as fireworks are celebrated with religious holidays held in the summer months. It is being attended by locals and tourists alike. This event is held in Valletta’s Grand Harbour which is the perfect setting for this event, as the light from the fireworks is reflected off the bastions.

With summer just around the corner, partying here in Malta starts to increase. One of our first parties here is sunglasses at night being hosted at Jeanpula fields. Although it is held during the night your sunglasses are still a must!

Apart from fireworks and music we also have an Open Championships in Bowling, which this year is held from April the 17th to the 19th of April. During these three days, male and female participants compete for the title of 2014 Open Champion.