When is your birthday? It’s in March.

What time do you work? I start at 6 o’clock.

When is jack’s party? It’s on Friday. 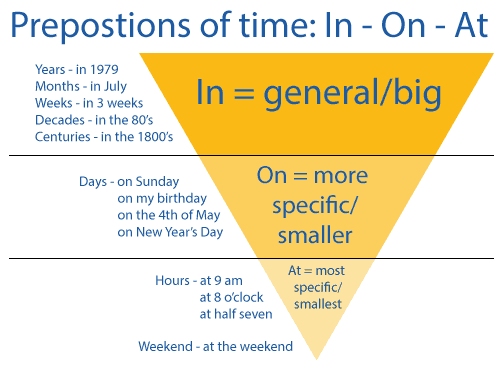 Choose the correct word for each gap.

Leave your Comments
Share
Tweet
Prepositions of Time – English Grammar Lesson with Quiz, 5.0 out of 5 based on 1 rating
English LessonsgrammarLearn Englishlessonquiz